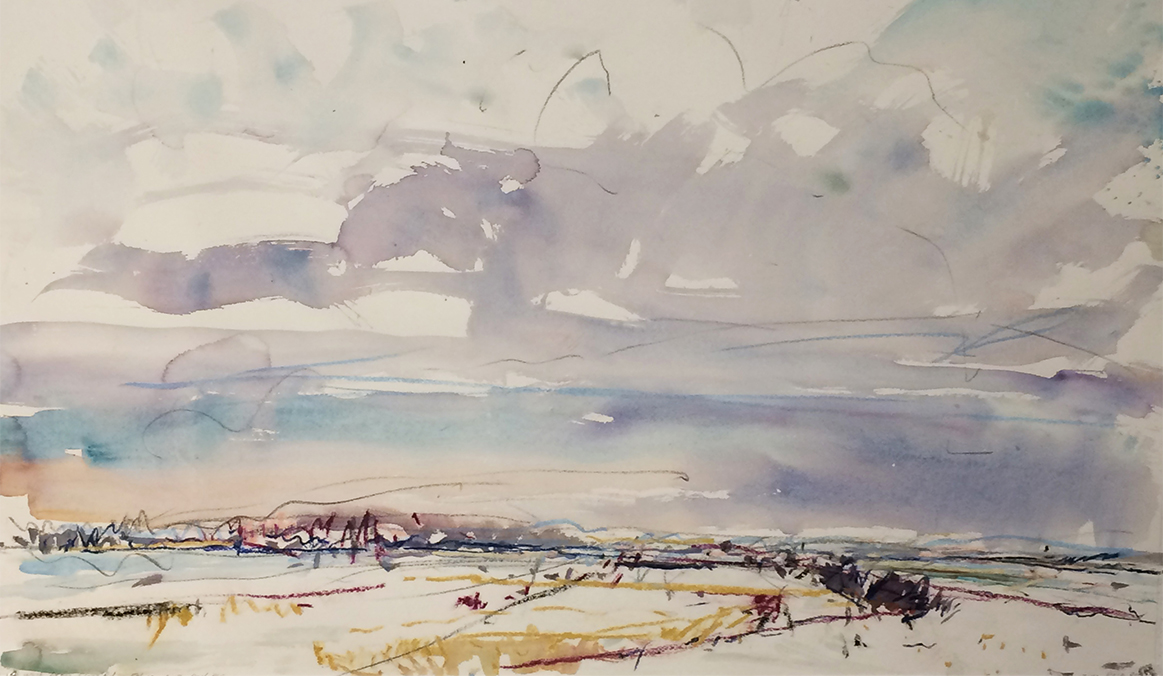 Jim Reid’s landscape paintings highlight the complex relationship between nature and culture. Paintings from the 1980’s explored the borderlands between urban, agricultural and natural areas. Through the 1990’s the work became more sculptural, with the series Terraforms. These massive assemblages combined man-made materials such as acrylic paint, metal mesh and fiberglass castings with collaged natural material from the site. Reid’s Ferals series (2003-2013) was a typology of individual wild apple trees growing in the forests near his studio. Descended from cultivated trees, these feral apple trees escaped that control and became integrated into the local ecosystem. In the series Forests (2008-2015), repeated forms and obsessively layered surfaces revealed the terrain as ancient, complex and constantly transforming. His latest work, Peel Plain, moves to the open spaces and distant horizons of the historic farmlands below Peel’s section of the Niagara Escarpment. At first glance serene, yet energetic and chaotic, they reflect conflicting forces in a changing landscape. 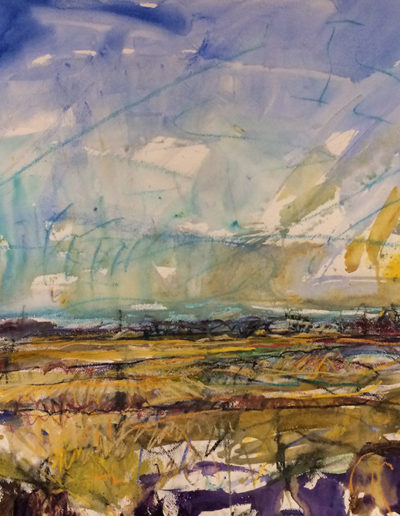 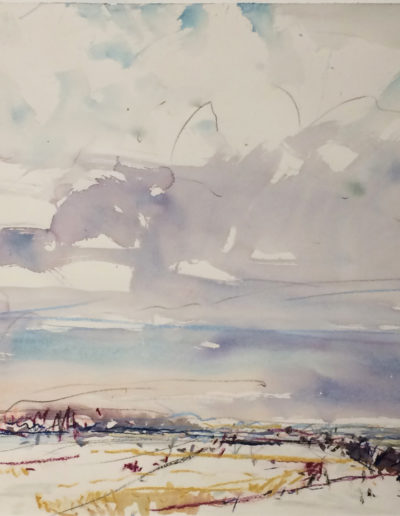 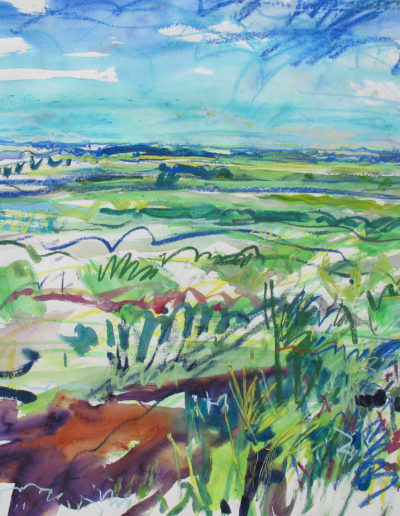 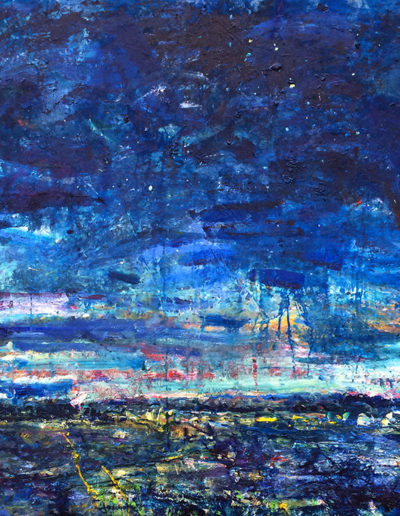 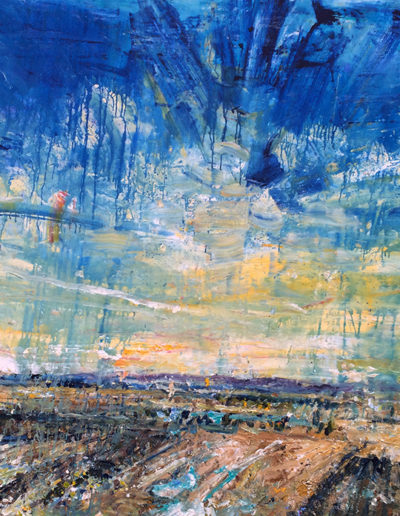 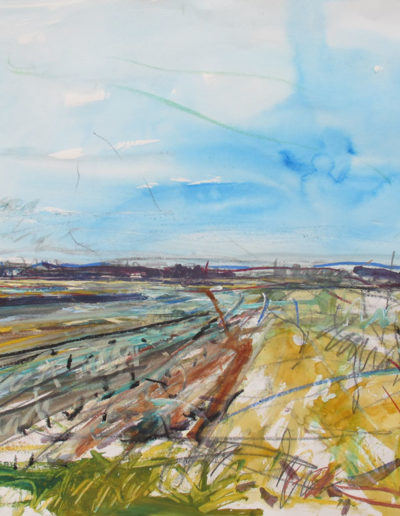 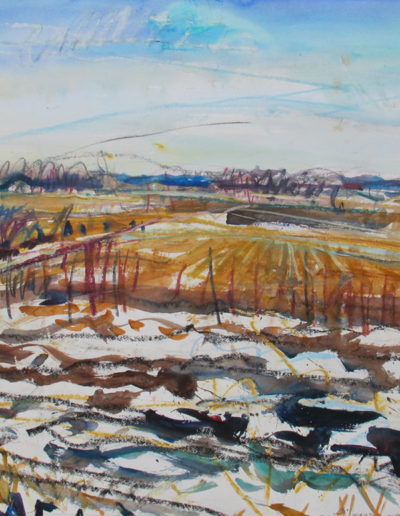 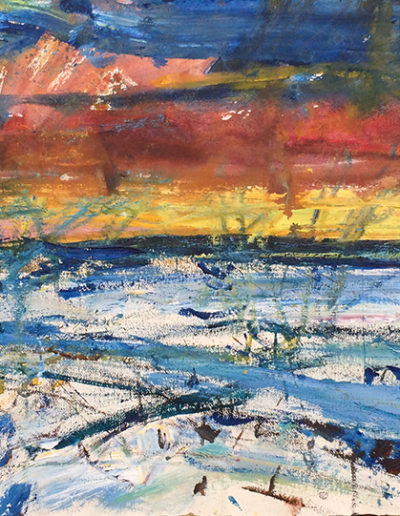 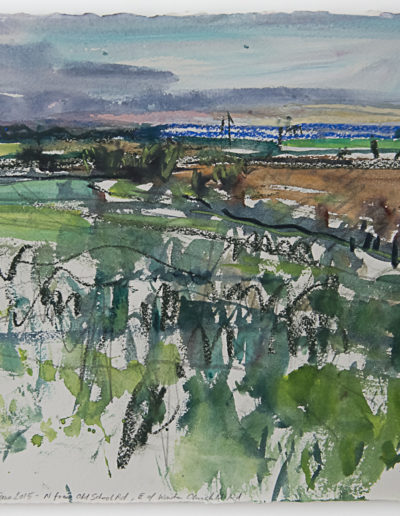 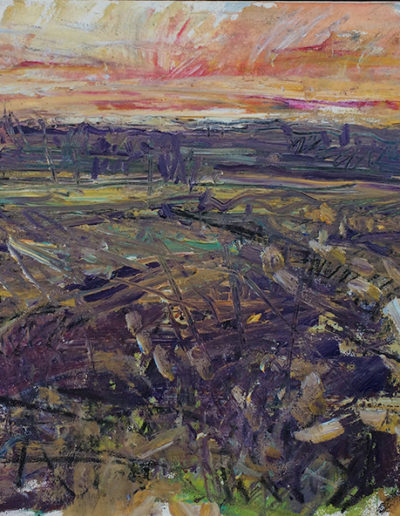 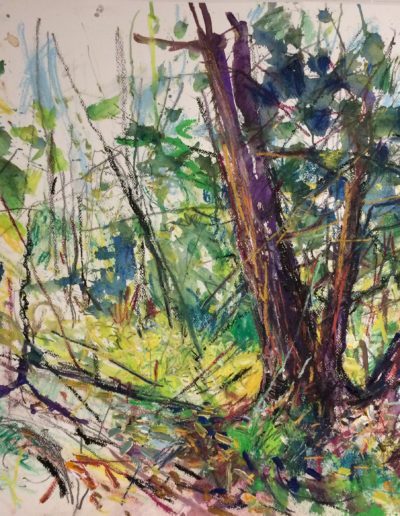 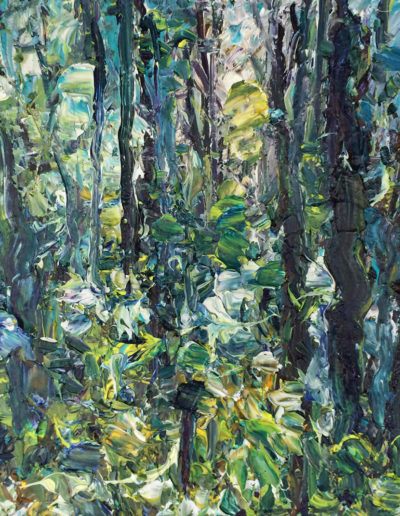 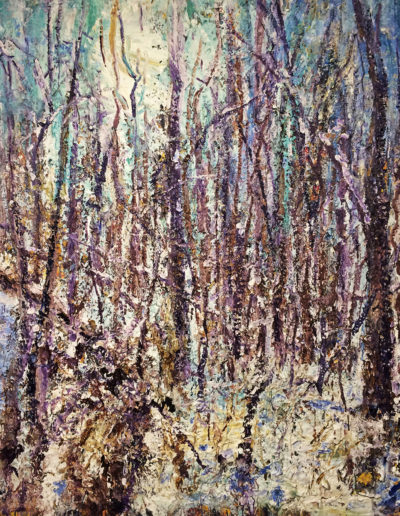 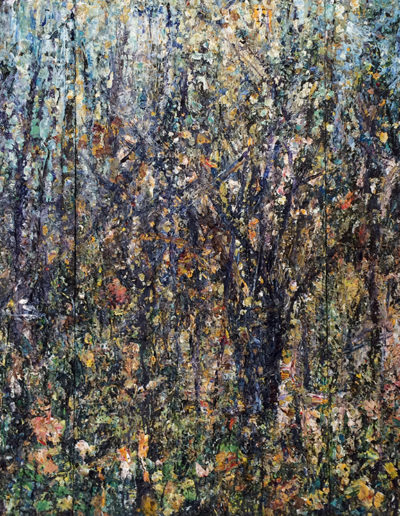 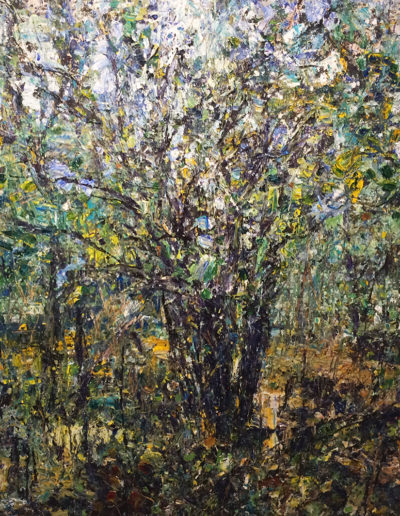 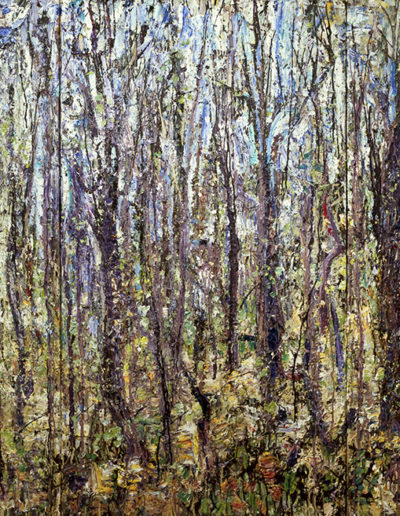 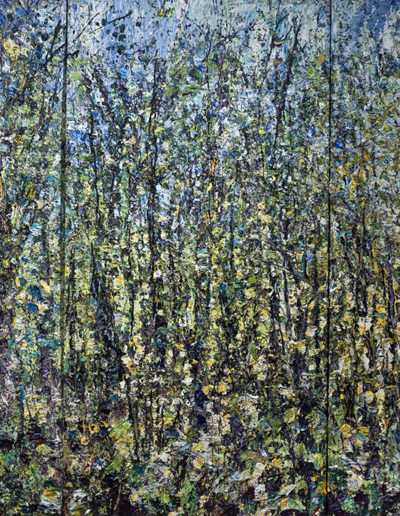 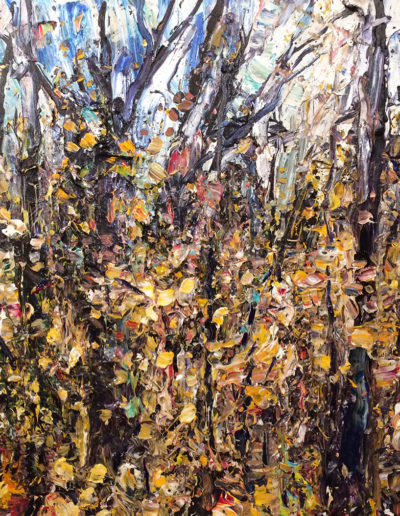 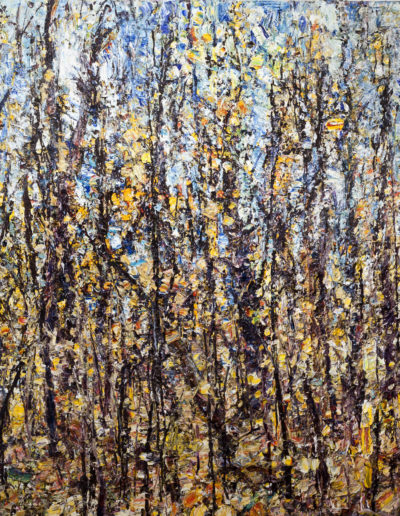 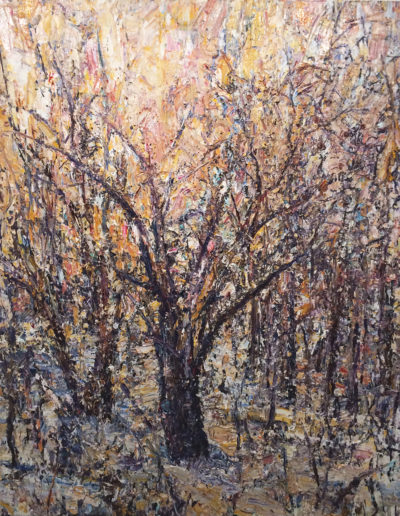 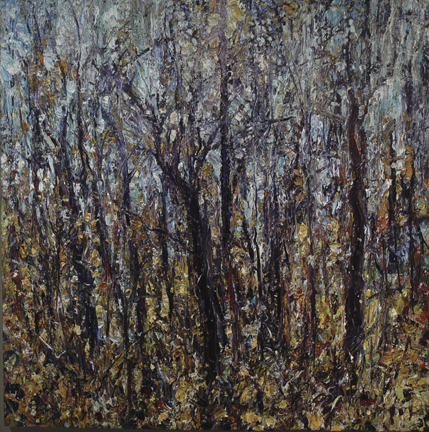 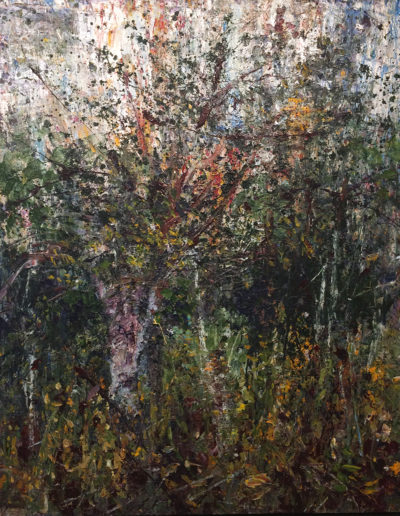 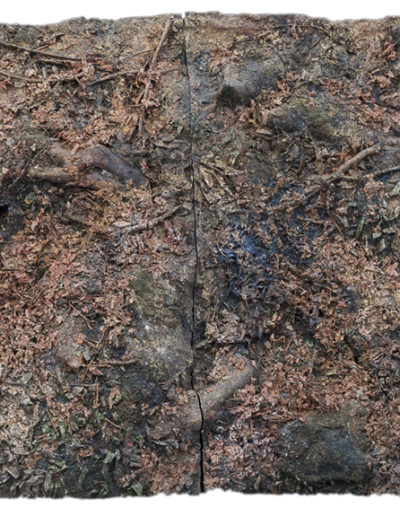 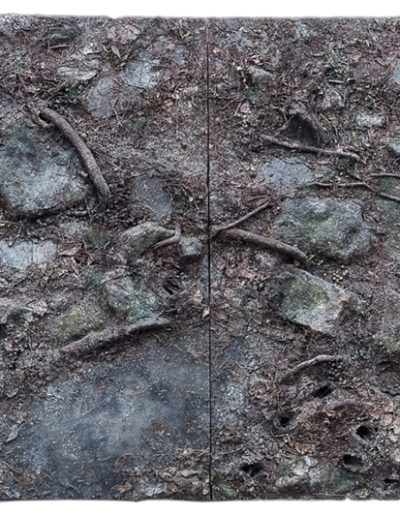 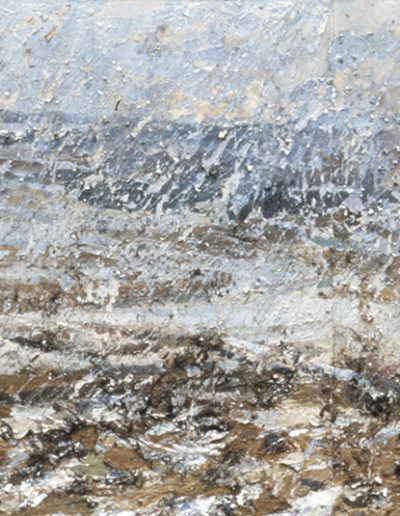