We move forward through destruction.  We must question what has come before in order to advance. In his book, The Shape of Time, George Kubler writes, “for those who aim beyond narration the question is to find cleavages in history where a cut will separate different types of happening.’(2) In the current works of Keith W. Bentley and Robert Davidovitz the cut into the history of art is not only a philosophical principle, but also a physical act. Bentley and Davidovitz are skewing the aesthetics of their art historical milieux to create new happenings.  By dissecting the forms and histories of their media, these artists are cleaving spaces for alternate dialogues, questioning ideas of tradition, identity, and practice.

Keith W. Bentley’s latest series subverts the classical sculptural form: the nude, the god, the icon.  Bentley literally dissects these forms, putting them on display splayed and vulnerable. These once iconographic, untouchable figures from religion and mythology are made fragile.  Bold chiaroscuros are made strange, held together by new joints and hinges. The once pristine surfaces are given new life through hyper-saturated colour and flocked surfaces. By altering their form, Bentley also questions the messages behind these figures.  The artist’s personal dialogue with religion, sexuality and the canon of art, find confluence through this exposition.  Icons, which have stood for the ideals of masculinity, femininity, and morality, are put into question, making new space for new identities.

For Robert Davidovitz the canon of painting is not venerable, but rather is a material to be cut and woven together as he sees fit.  Davidovitz marries the aesthetics of post-war painting with fibre-arts techniques. His practice subverts not only the materiality of painting and textiles, but also the gender conventions of these media. Davidovitz’s latest works were inspired in part by the practice of Gunta Stoltz, a member of the Bauhaus.  At the turn of the 20th century, Stoltz was working with high-key coloured painting and fibre arts interchangeably, hoping to break the gender and use-value assumptions of these media. Stoltz sought to bring fine art principles into quotidian life by giving reverence to the colour and compositions of textiles. Davidovitz carries forward this ideology of material agency. By merging the aesthetics from the largely masculine history of op-art and the traditions of weaving, he arrives at a new and inclusive conversation in painting.

For both Bentley and Davidovitz their tendency to deconstruct and reconstruct the conventions of their media allows for new identities to be born of that difference. 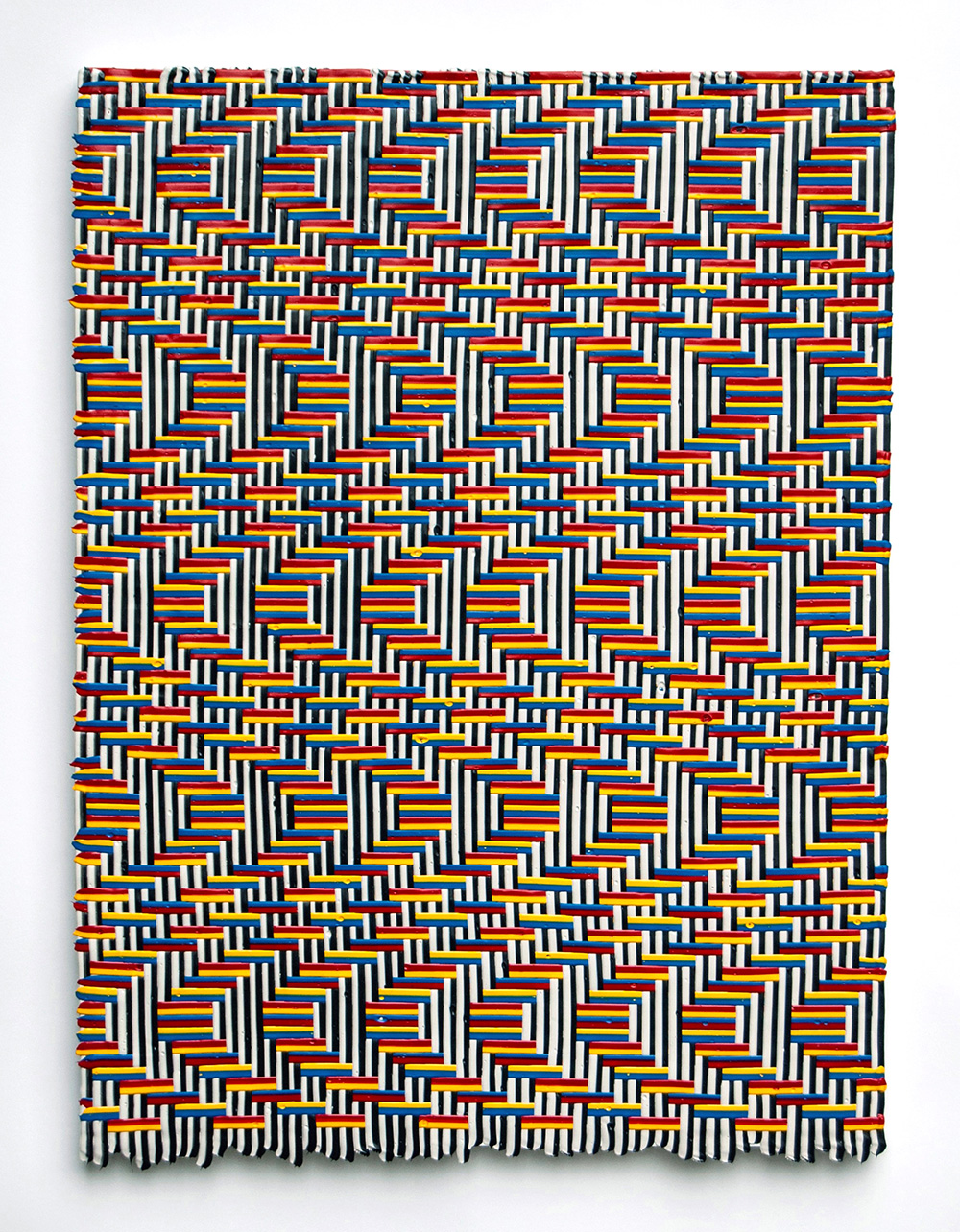