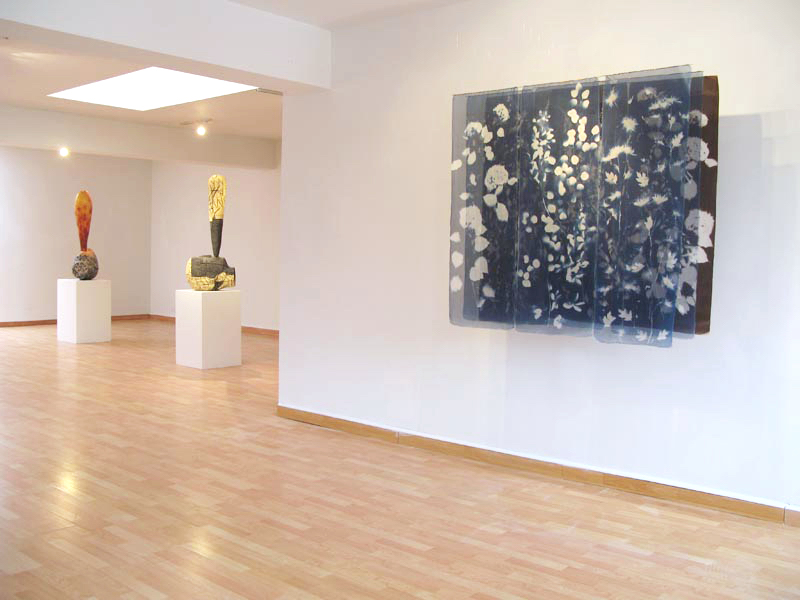 Sally Ayre is a photo-based artist employing techniques such as Van Dyke, cyanotype, photo silk-screen and photo lithography in her work. At the core of her art practice are notions of loss, longing, and the history of her Newfoundland roots. Now based in Toronto, the artist frequently returns to Newfoundland, in search of objects and information, which become the basis for the work. Organic objects such as rocks, seaweed, shells, and feathers, are the building blocks for her constructed narratives, abstractions that have their roots in the artist’s childhood and reminiscence.

Jim Hake tells stories through sculpture. Although his work is dominated by clay and porcelain, he works with a variety of materials including wood, metal, plaster and glass. His work often depicts icons of the human condition with themes such as community, parenthood, and loss. Hake’s deeply personal works touch on issues that effects us all, allowing for an individual connection for each viewer.

Osheen Harruthoonyan is a photographer and experimental filmmaker based in Toronto. He employs a multi-faceted approach towards his practice, investigating themes such as memory, history, and the deconstructive process of time. The idea of the fragmentation of memory over time is emphasized by his use of analogue printing processes in a traditional black & white darkroom. Harruthoonyan layers and manipulates both found and personal photographs to create provocative hand-made images that straddle the line between dream and nightmare.

Joan Kaufman is a multi-disciplinary artist exploring the mediums of sculpture, photography, video and sound composition to produce highly symbolic multi-dimensional works of art. She works in series producing multi-media installations that blur the boundaries between illusion and reality by creating both photographic and filmic constructs. Her work thus generates moments, which are continuously suspended in a larger unfolding narrative that spans the artist’s entire oeuvre. Kaufman has exhibited both nationally and internationally; is the recipient of Canada Council, Ontario Arts Council and Manitoba Arts Council grants; and has works in both public and private collections.