Say It Out Loud

Jim Hake’s solo exhibition, SAY IT LOUD, features three bodies of work which stem from the artist’s musical inspiration and compose a reflection on the formative power of the music of one’s youth.  Music shapes and affects one’s perception of the world in quite subtle and unpredictable ways. The sounds of groups like Ohio Players and The Ronettes were a common background to Hake’s family and social gatherings.  This is the music that shaped Hake’s consciousness. Motown also marks a complicated period in the socio-political history of the United States as the soundtrack of the tumultuous 1970s youth culture in North America and beyond.  Motown is characterized by up-tempo and melodic rhythms, yet the sentiments of its lyrics often pulse with the pain of experience.

Hake’s new work adeptly reinterprets the intuitive experimentation of soul and funk in sculptures that appear to float off the wall. Groove is a series of larger than life busts made of recycled vinyl and compact discs.  Hake takes the styles of the Motown period and distills it through his unique mosaic sculpture technique.  Rather than constructing replicas of particular individuals, these sculptures imbue the spirit and styles of certain groups.  Hake intricately models the busts out of hundreds of shards of vinyl records and compact discs.  There is an undeniable blackness to both the forms of the figures as well as the materials in which they are constructed.  In this way Hake alludes to the social incongruities of American society. Indeed, the apparent binding effect of the Motown soundtrack belies the strong racial divides characterizing its audiences.  Hake pays homage to this musical movement that has had an indelible impact on him.

The exhibition also features the series After Party along with new work from the ongoing series Lost and Found. After Party introduces a group of male busts cast using different glass forms commonly found in parties and social gatherings.  Hake loosely identifies the series as self-portraits: colourful busts become formal explorations in abstraction playing with the vernacular of party culture (ex: solo cups and champagne flutes).  In each case objects enclose and obscure the face, creating mask-like surfaces that project exaggerated identities.  These could refer to personality traits amplified by inebriation, to the many versions of ourselves that we play in different social milieux, or to power and influence of the crowd, the solidarity of the audience. The new works in Lost and Found, a series originally started in 2009, continue the linguistic explorations of found gloves modelled to spell phrases in the ASL (American Sign Language) alphabet. Here the brief phrases that speak of adversity and struggle are found in iconic song titles.

Like the rising and falling crescendo of a song, SAY IT LOUD taps into the unifying nature of music.  From there, it grows into an anthropological investigation of consumption, excess, and the tension between individuality and social conformity.  A rhythm and aesthetic singular to Jim Hake weave through SAY IT LOUD, suggesting a new perspective on the relationship between identity and entertainment. 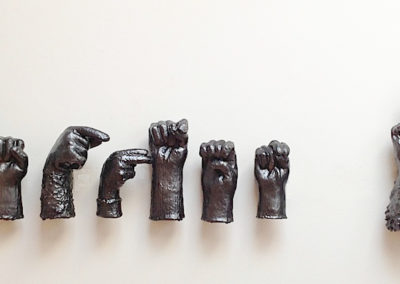 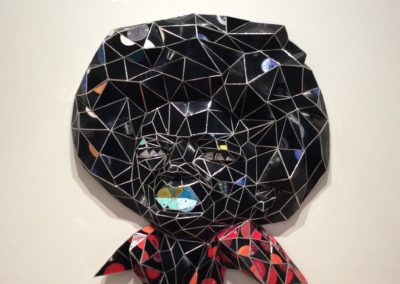 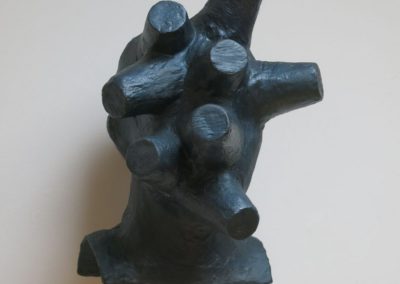 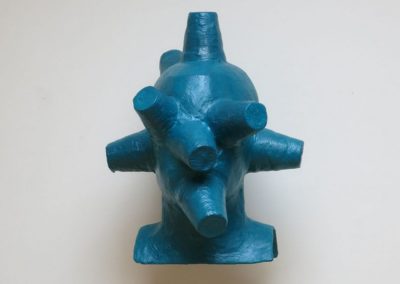 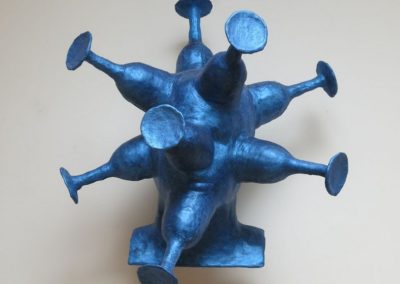 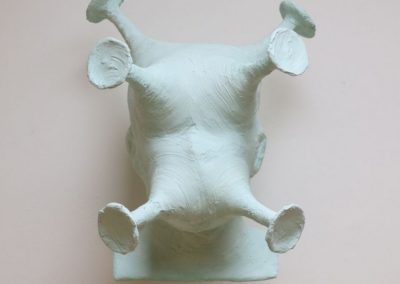 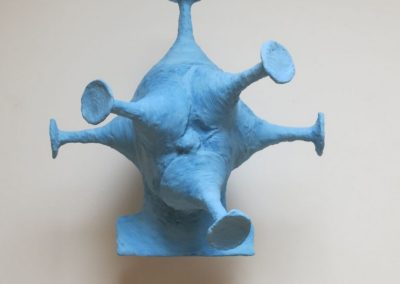 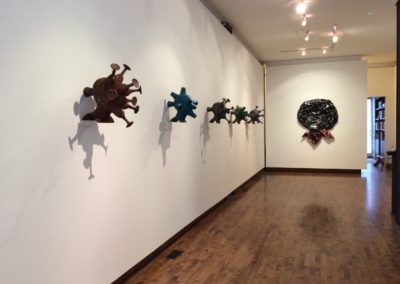