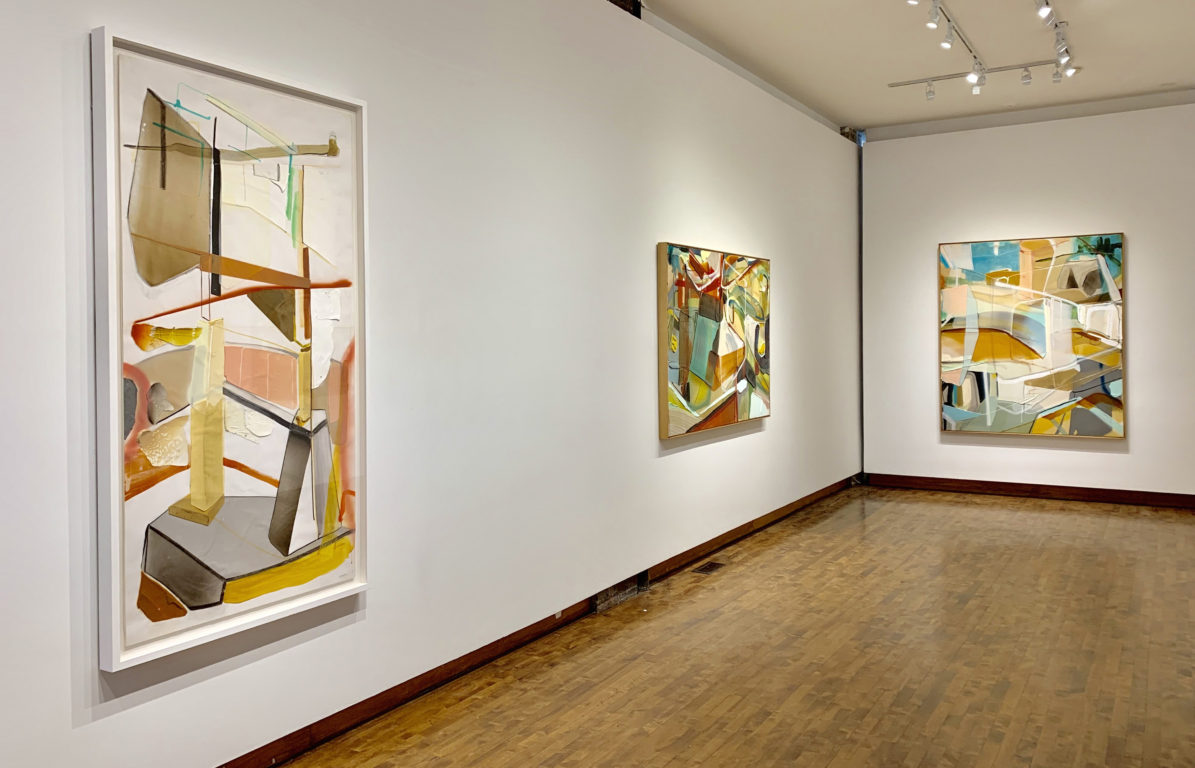 ‘In Medias Res’ is Latin for ‘into the middle of things`. It signifies beginning a story in the midst of the narrative. It also references an internal state of being in the middle of one’s life; reflecting back on past actions, situations, and events. Charbonneau examines everyday urban realities. Growing up in the suburbs of Montreal, for Charbonneau, these sites represent daily life and people working. He focuses on sites businesses operate in the front, and domestic spaces are situated in the back. Ordinary sites that border on the banal, such as basements, storage rooms, parking lots, alleyways, etc. take on added significance. He directs our attention to these liminal sites, located in between the public and the private, to uncover the underlying psychology, which mediates our experiences of these spaces.

A seasoned painter and trained architect, Charbonneau’s practice the visual language of abstraction with . The artist approaches his compositions with considered and deliberate attention to the essential characteristics of architectural forms. He begins his compositions with a loose arrangement of lines and planes to create the initial impression of a site. He then builds up the surface with buttery bands of : reds, oranges, yellows, cream, blues greens; sometimes punctuated with surprising punches of aerosol. Gestural applications of thick translucent paint are overlaid, allowing the previous layers to remain visible, adding further depth and multidimensionality to his work.

Charbonneau embraces abstraction as a way of conjuring the particular feeling evoked by a site. His compositions act as a form of visual mapping, which emphasizes that lived space is never neutral, but shaped by habits, culture experiences. Charbonneau’s approach to spatial arrangements renders interior and exterior environments from multiple points of view. This deliberate play with perspective is because it highlights the ways personal and shared cultural memories intersect in these spaces. His unique aesthetic sensitivity to rendering space invites viewers into his multi-layered narratives via his sophisticated network of lines and planes. 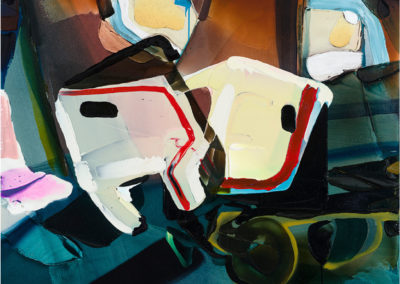 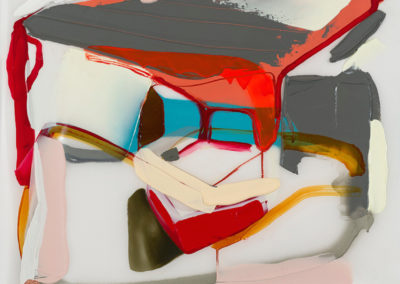 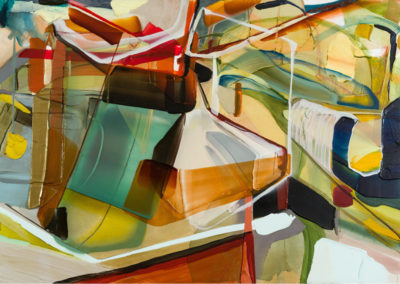 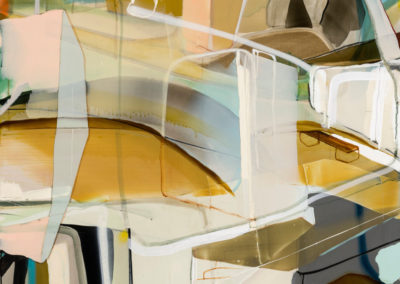 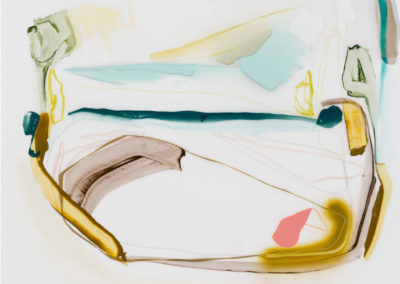 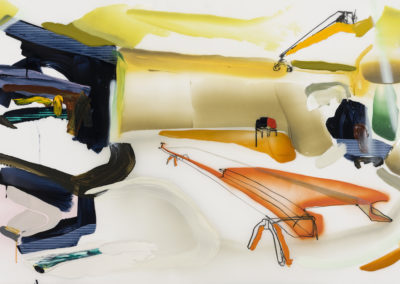 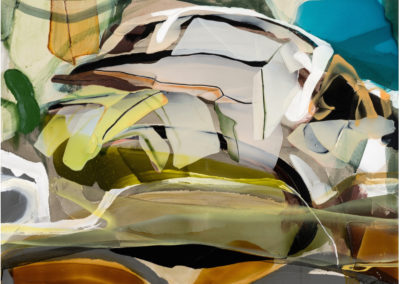 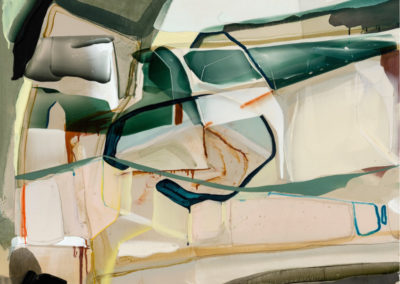 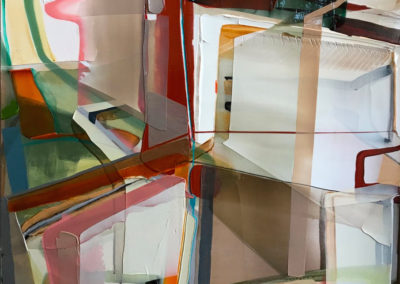 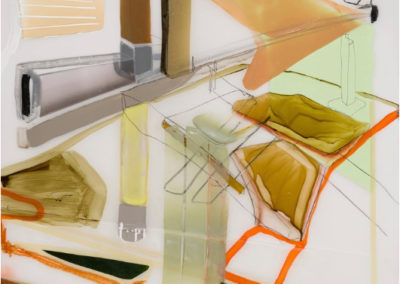 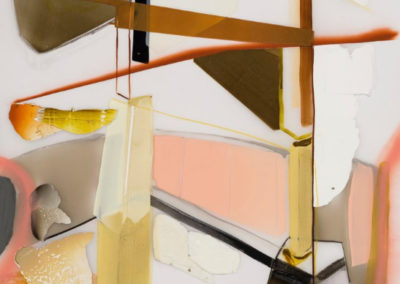