Lonsdale Gallery is pleased to present Moving On…, an exhibition of two recent series by artist Julie Oakes.

Oakes’ works are structured by the rhythms of nature, including the temporal cycles of life and death, day and night and the changing seasons. Her worlds are fantastical, paradisiacal, and preternatural, while also meticulously rooted in real plant and animal life. Oakes demonstrates reverence for and sensitivity to her natural surroundings. Enchanted by the animal and vegetal life of her local Okanagan, British Columbia, regional life in all its varied forms appear as subjects in her work.

The artist presents nature as a realm both mystically powerful and ecologically threatened. Her works acknowledge the resilience of plants and animals in the wake of environmental devastation. Both a keen observer and advocate for the environment, Oakes visualizes the pertinence of nature, and focuses her viewers’ attention on its many faces. Her animals are idyllic and venerable, clarifying her faith in the regenerative power of nature’s cycles.

In her Moon Cycle: Rabbit in the Moon series, Oakes signals the importance of lunar phases to organic life on earth, and on forms of traditional storytelling. The series stems from the East Asian folk tale The Rabbit in the Moon, about a rabbit’s self-sacrifice and its divine commemoration, whereby its likeness is inscribed on the lunar surface.

Oakes’ four-piece series Seasoned similarly works from temporal orders. In these works, the artist pairs plant and animal species that thrive during the same seasons. This series is both a celebration of the vibrant diversity of nature and a momento mori on the precariousness and finiteness of natural life.

Julie Oakes holds a MA in Cultural Theory from New School, NY and second MA in Art and Art Professions from New York University, NY. She obtained her BFA from the University of Manitoba in Winnipeg. Her works have been exhibited across Canada, in Toronto, Montreal, Vancouver, Winnipeg, and St. John, and internationally, in the United States, Poland, Germany, and Italy. Oakes’ works belong to major collections, including those of the Glenbow Museum, the Mendel Art Gallery, the Penticton Art Gallery, the University of British Columbia, the Canadian Museum of Northern History, and the Canada Council Art Bank. 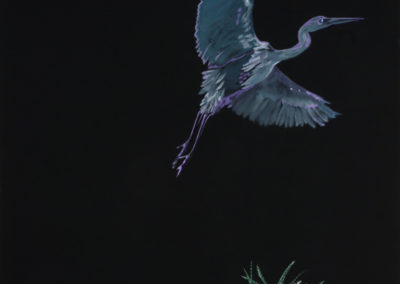 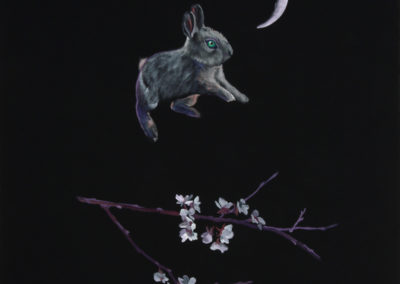 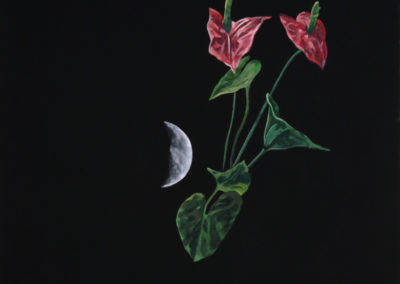 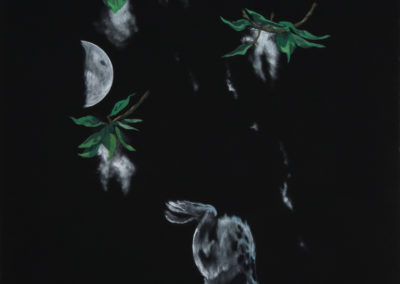 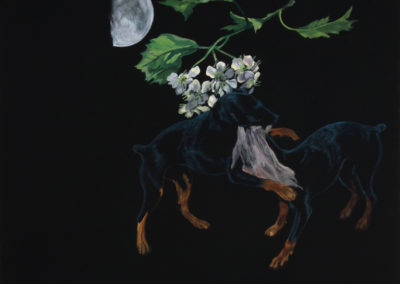 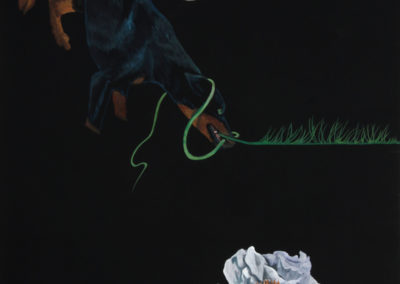 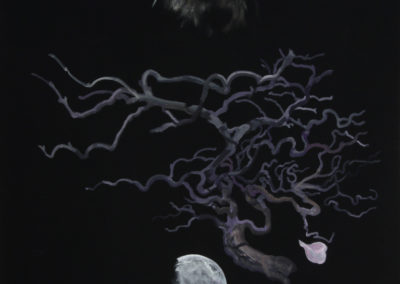 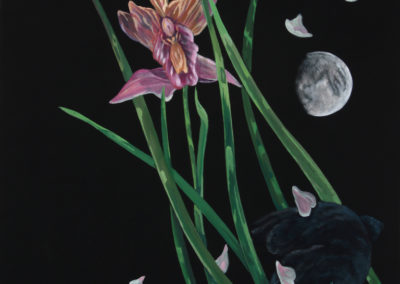 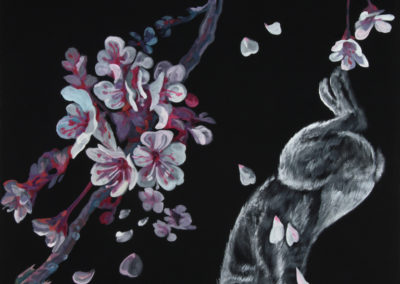 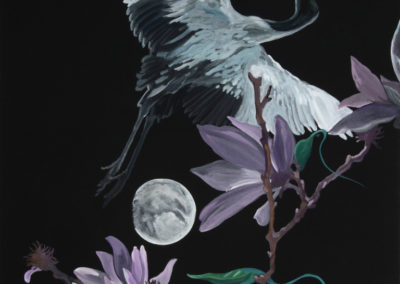 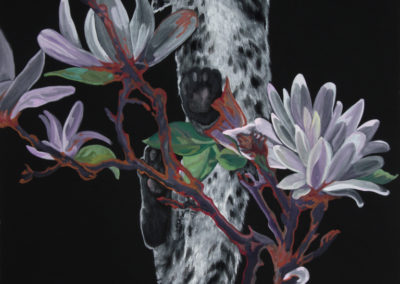 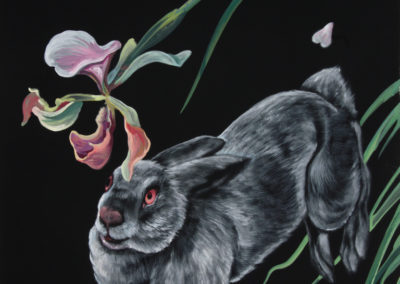 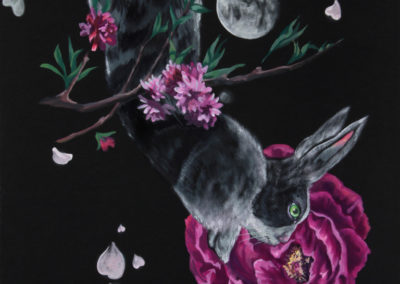 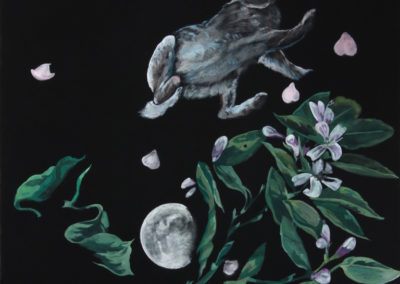 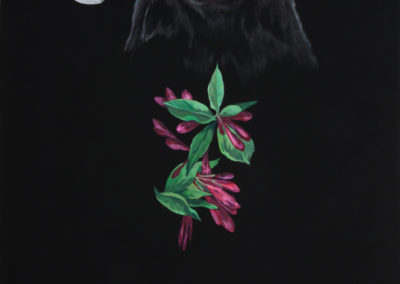 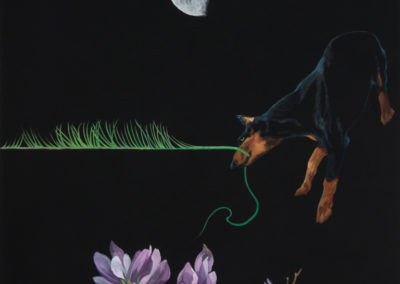 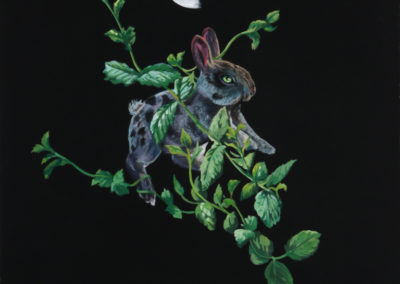 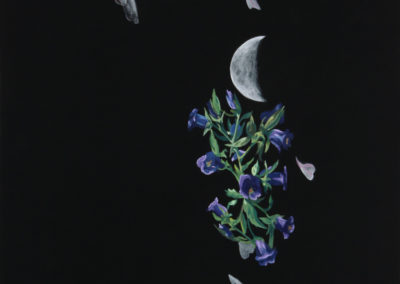 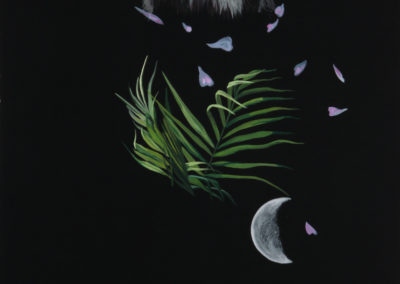 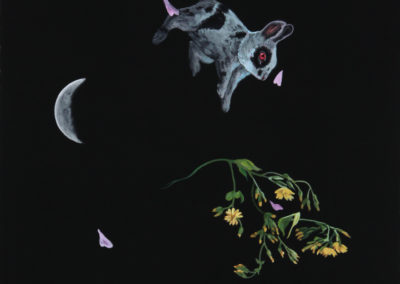 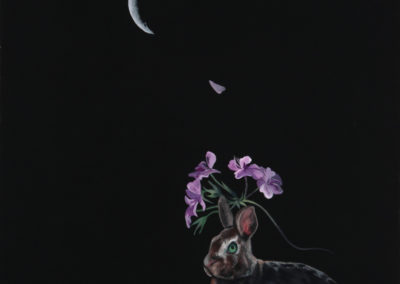 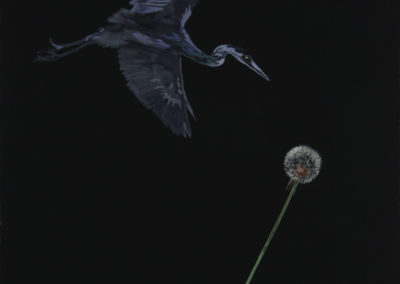 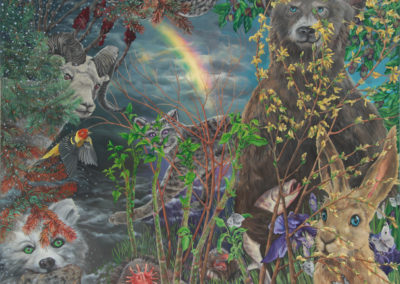 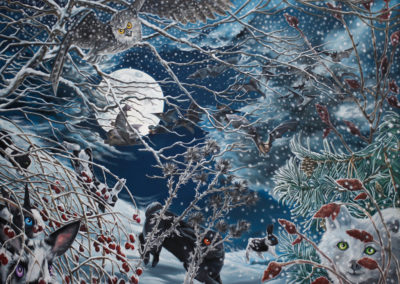 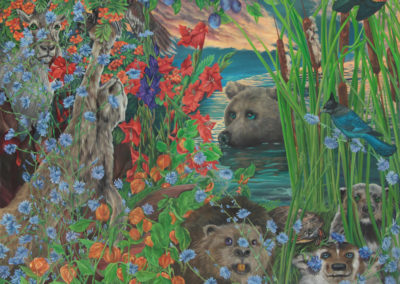 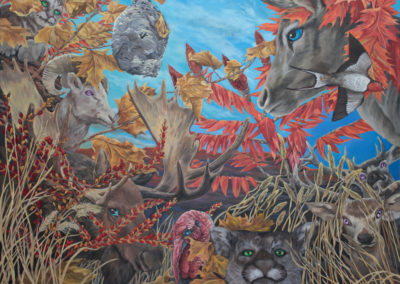 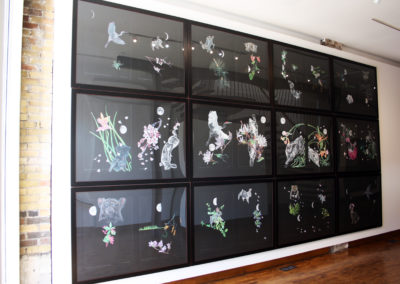 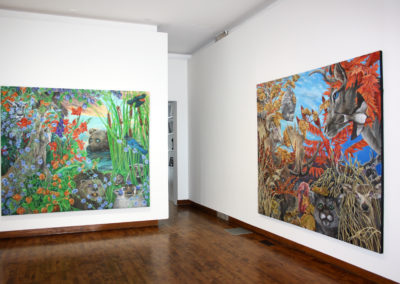 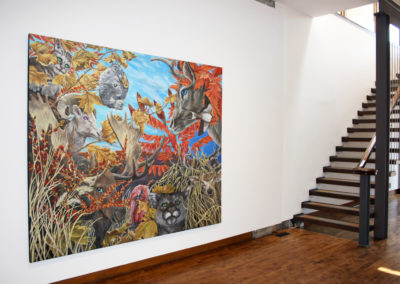