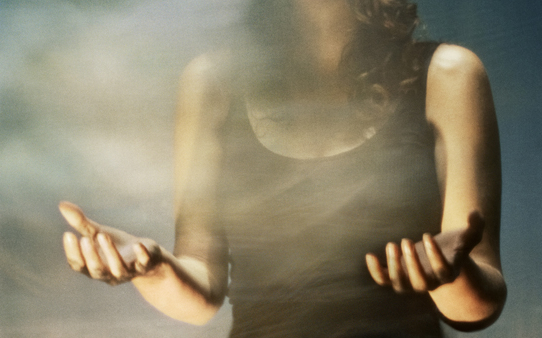 In Cloud Cover, Kaufman creates ethereal images that blur illusion and the natural world. Evoking diverse psychological landscapes, the series reveals the mutual vulnerability of humans and nature. Cloud imagery manifests repeatedly and in many forms: as an amorphous white mass shaped in the hands of a female figure, as a dense hovering focal point in a deserted landscape, and as an inky fog hovering at the edges of the more abstract works in the series.

Working in the studio, Kaufman fabricates elaborate installations that are then manipulated to craft images using layers of falling textiles and carefully modulated lighting. She employs the primary tools of studio photography to simulate a fragmented world into which she introduces a single figure invested with the agency to enact change. Although the figure seems able to alter elements within the landscape, Kaufman’s cloud vies for the title of protagonist throughout the series.  The polarity between figure and landscape activates a state of flux between physical and psychological space.

In Cloud Cover, Joan Kaufman targets the collective anxiety over the environmental impact of our twenty-first century.  Using the metaphor of the cloud, she articulates the futility of humanity’s attempts—so often at odds—to both protect and control the natural world. 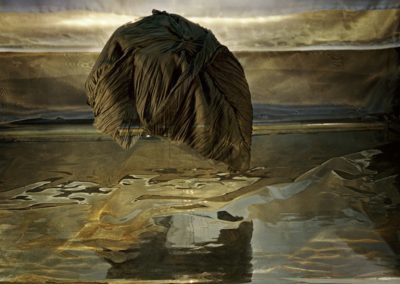 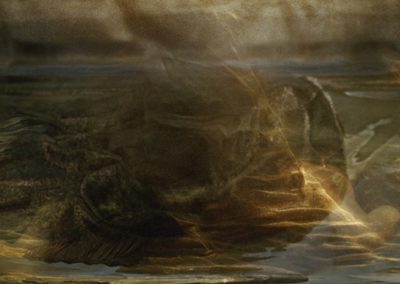 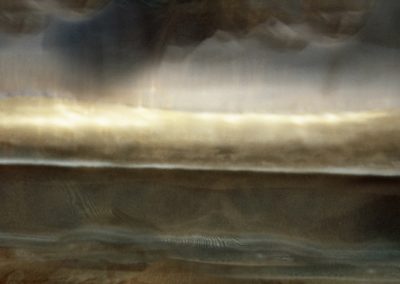 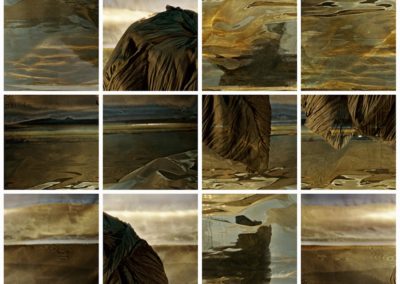 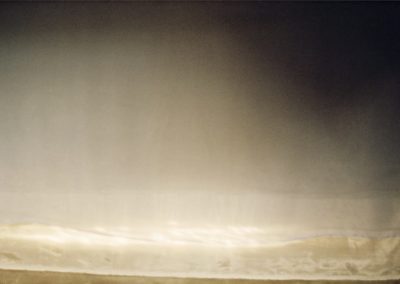 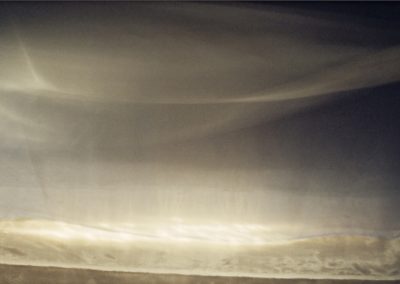 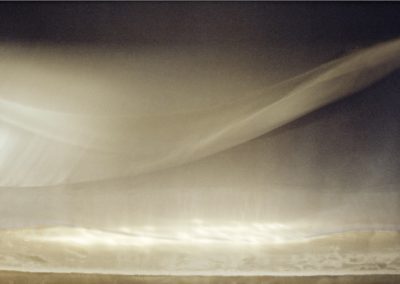 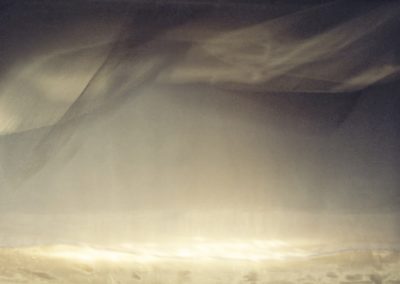 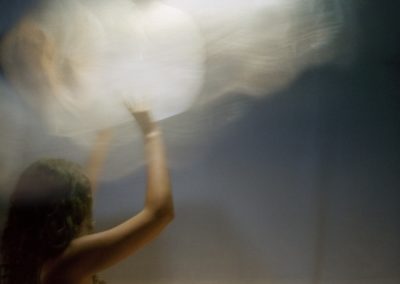 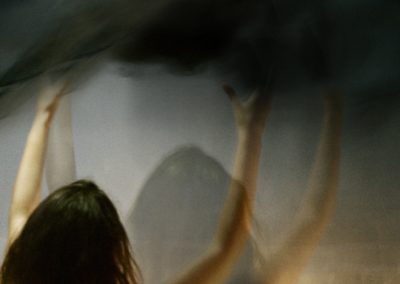 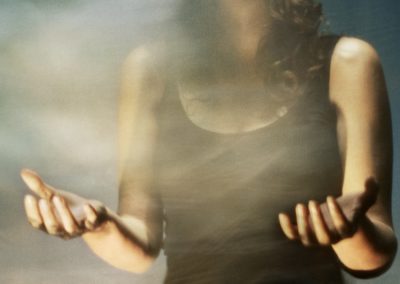 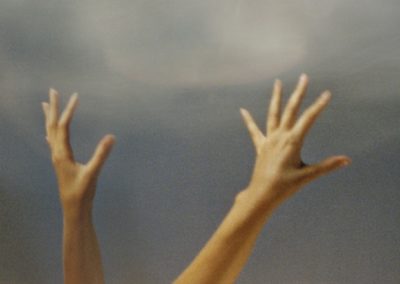 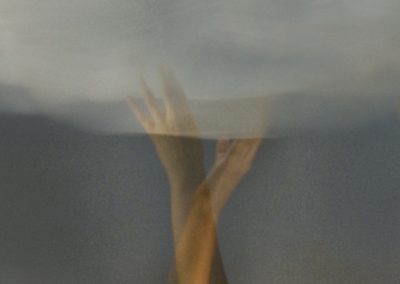 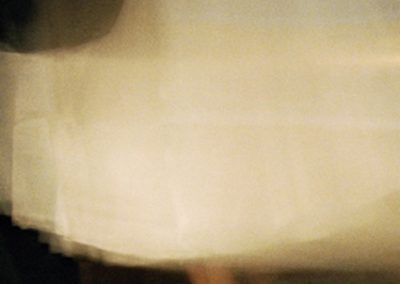 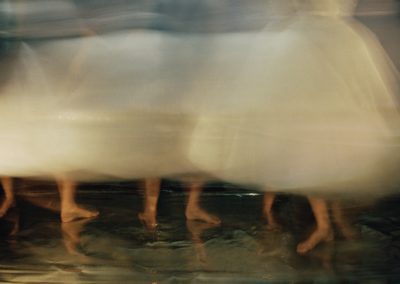 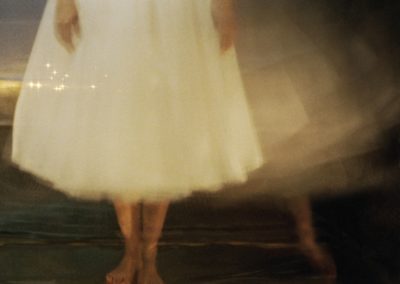 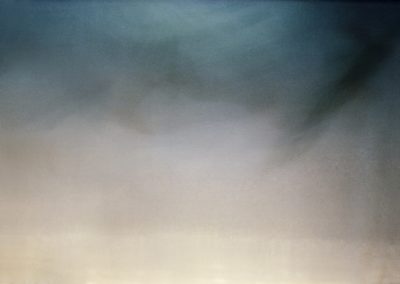 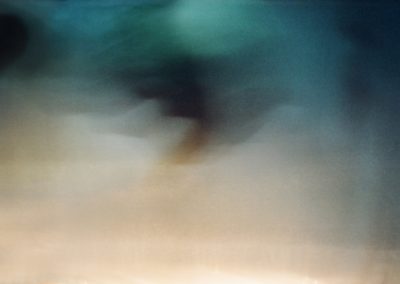 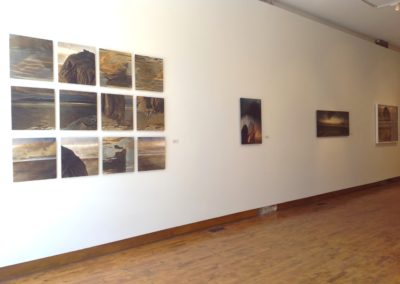 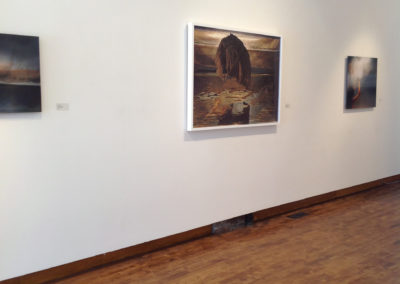 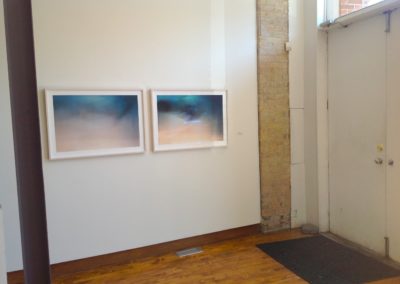 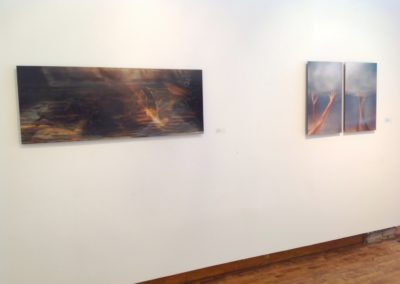 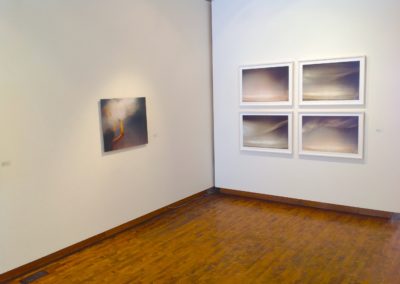