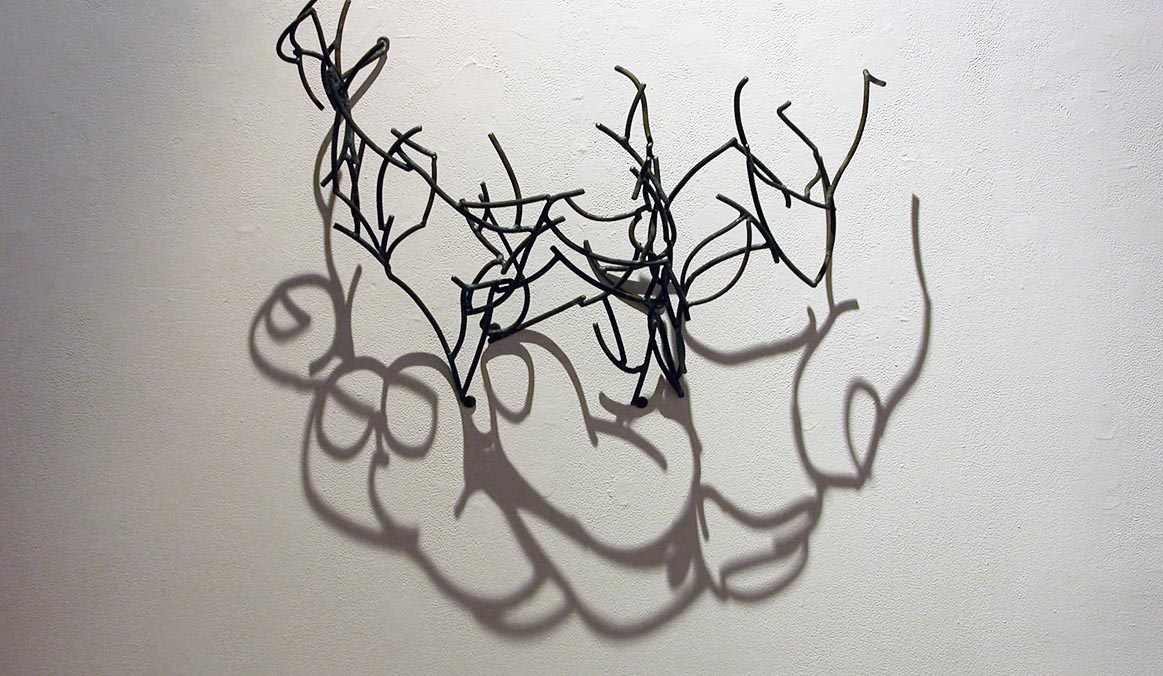 Larry Kagan’s sculptures use light and shadow as an active agent. Kagan constructs abstract metal three dimension forms. Looking at a piece of Kagan’s sculptural work without interaction with light it appears to be a modernist construction. When activated by light, however, the cast shadow creates an image.  This metaphysical transformation of the sculpture is confounding, leaving the viewer to question the relationship of  the form from object to refraction. 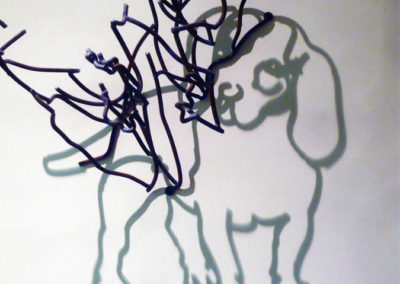 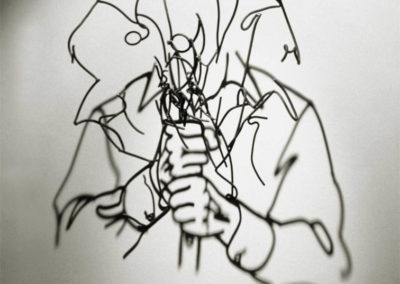 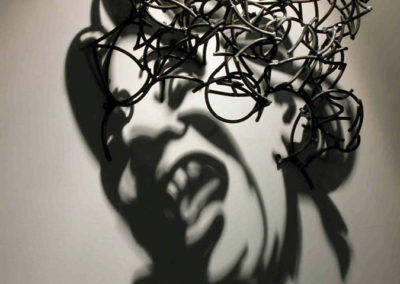 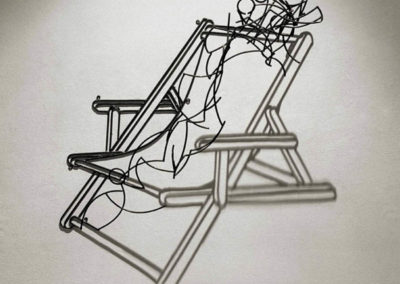 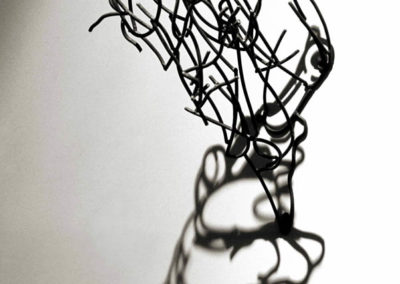 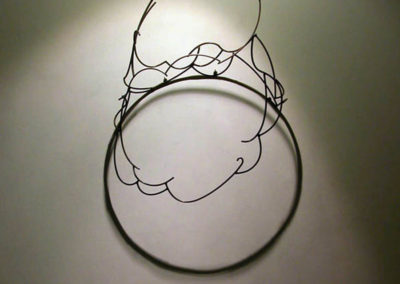 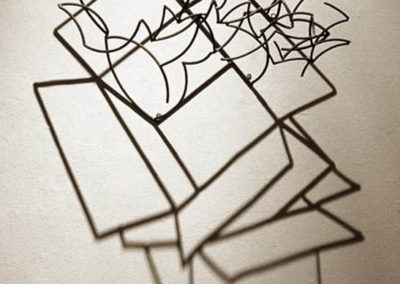 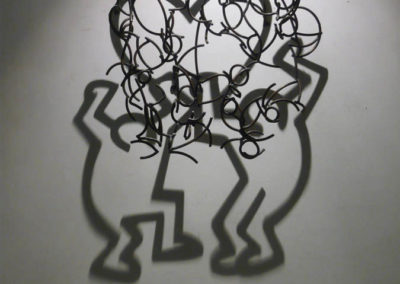 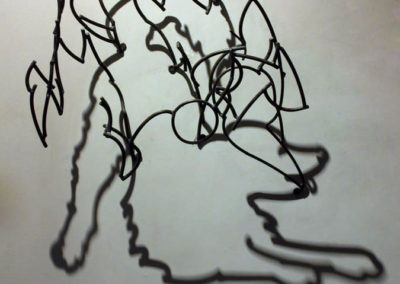 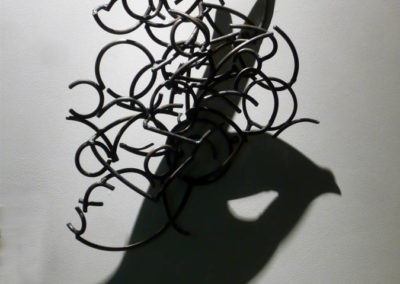 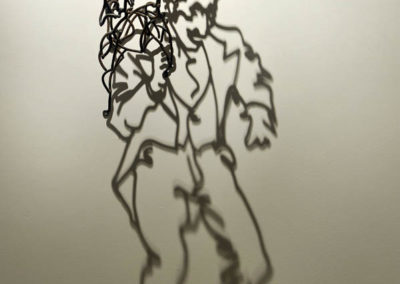 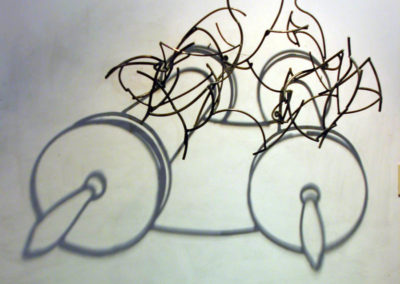 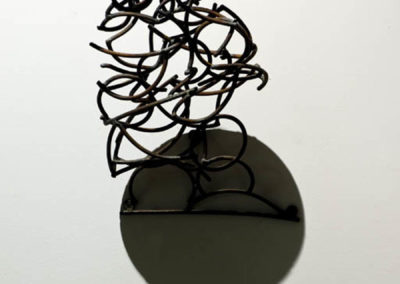 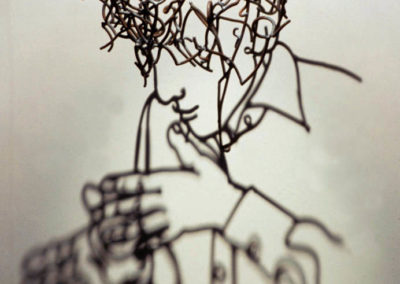 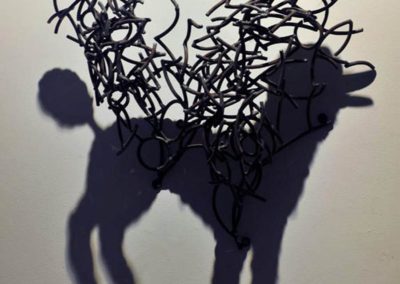